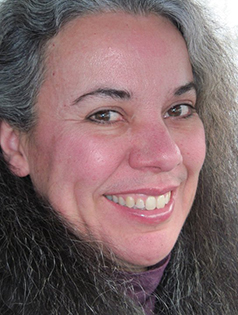 A 1999 graduate of the University of Southern Maine, Lori holds a Bachelor of Music in Performance (Classical Guitar). She was the winner of the 1995 Downeast Classical Guitar Society Competition, Collegiate Division.

Employed by the University since 2003, she is responsible for the logistics of over 100 music events each year. She manages a work study staff of 30-40 students, and several volunteers. She is also coordinator of the five USM Summer Youth Music and Theatre Camps. .

In the community, Lori directs music for several Catholic Churches, and freelances in music and other creative services for several musicians and organizations in and out of Maine.

Volunteering in the community, Lori is a member of the founding committee for the Pine Tree District "FIRST Robotics" Competition; has been a judge for the district events since 2014, a mentor for the FIRST Robotics Team 172 Digital Media Group. She is a volunteer entertainer at several retirement communities, vocalist and double bassist for the non-profit big band, Saco River Jazz Ensemble, bringing big band music to retirement communities throughout Southern Maine, and was formerly on the board of directors of the Regional Transportation Program (RTP) of Portland, and the governance committee of the Community Partnerships for Protecting Children of Greater Portland.

Lori enjoys playing music like her father, drawing, painting and roller skating like her mother, photography and design, refinishing wooden furniture, studying the oboe and English horn, and is currently pursuing a master's degree in Leadership Studies. She has two sons, Sean Edwards, a computer programmer residing in Boston, and Dale Edwards, a catering manager in Maine. Lori resides in Gorham, Maine.